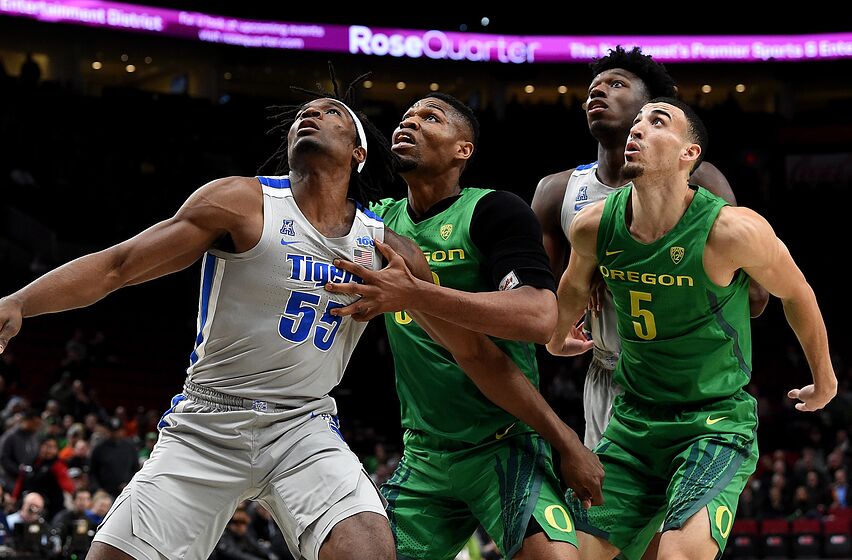 Oregon Basketball had a final tune up before the start of Pac-12 play and  did some good things against Alabama State in a 98-59 win.

The Oregon Ducks have found ways early this season to get the ball to the player with the hot hand and they did it again on Sunday. This time around, it was Chris Duarte. Duarte finished with a career high 31 points, including 6 three pointers. The Oregon Defense also came away with a season high 13 steals.

Following a game that saw 19 Duck turnovers, Oregon was down to a more manageable 11 against Alabama State. Oregon shot 59 percent from the floor and 50 percent from three point range. Aside from Duarte, the Ducks received help from Anthony Mathis who was 3 for 7 from beyond the arc finishing with 15 points.

The Oregon Freshmen also made an impact in the game. Addison Patterson was strong off the bench with 12 points off 5 for 7 shooting. Chandler Lawson finished with 8 points and in just his third game N’Faly Dante had 7 as the Ducks scored 37 points from the bench and racked up 28 assists in the game. It was also a game that saw every Oregon player score a point.

Duarte was stronger in the second half hitting 8 for 10 shots in the final 20 minutes. The Oregon Ducks will certainly make a move in the rankings this week with several higher ranked teams losing over Christmas Week.

Dana Altman has something this season that he has not had in seasons past. This Oregon Basketball team has played together well and built chemistry for Pac-12 play. In past seasons, the team used the first part of Pac-12 play to build that chemistry. It is also not just one player or two the team is leaning on entering conference play.

It will be on display starting Thursday night. Oregon heads to Colorado to take on the Buffaloes. Tipoff is set for 6 pm on ESPN2.