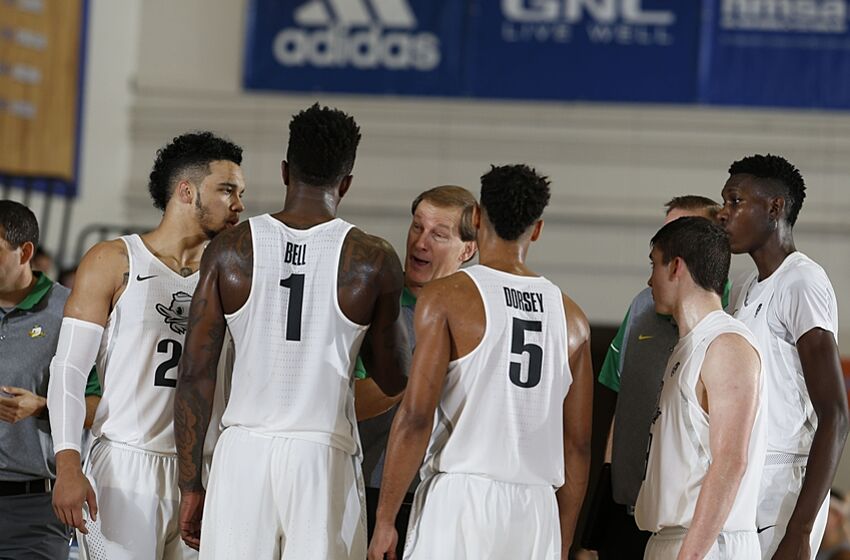 Oregon had a complete game against the UConn Huskies shooting over 50 percent from the field in a needed win.

The Oregon Ducks showed no sluggishness on Wednesday against UConn opening the game hitting twelve shots in a row to take 21-7 lead over the Huskies.

Word came down before the game that UConn Forward Terry Larrier who was expected to be a big contributor this season tore his ACL against Oklahoma State on Monday and was lost for the season. Without Larrier in the lineup, UConn started the game 0 for 4 from the field and 0 for 3 from beyond the arc.

Oregon racked up 7 assists in the first 7 minutes of the game to go with 6 fast break points, two blocks, and 6 rebounds. Tyler Dorsey found his shot 3 three-pointers in the first ten minutes extending the lead to 29-9.

UConn would find the basket and go on an 8-0 run to cut the Oregon lead to 13 with just under 8 minutes left in the first half. Just when you thought Oregon was back to being Oregon, Dana Altman watched the Ducks finish the first half hitting 2 of their last 14 to take an 11 point lead into halftime.

Oregon shot 77 percent to start the second half and added 9 points of turnovers to extend their lead to 57-42 with 11:51 remaining. Dillon Brooks was perfect from the field in 13 minutes of play with 9 points off three pointers.

UConn found Oregon in a 2 minute scoring drought and took advantage to pull within ten with just over 7 minutes left. Oregon had a season-high 17 assists with roughly 7 minutes left in the game.

The Huskies would turn the ball over on three consecutive possessions in the final minutes and Oregon turned them into points. The Ducks hit a 6-0 run and picked up their 4th win of the year and return home to take on Boise State Monday Night(8pm PT, Pac-12 Network)