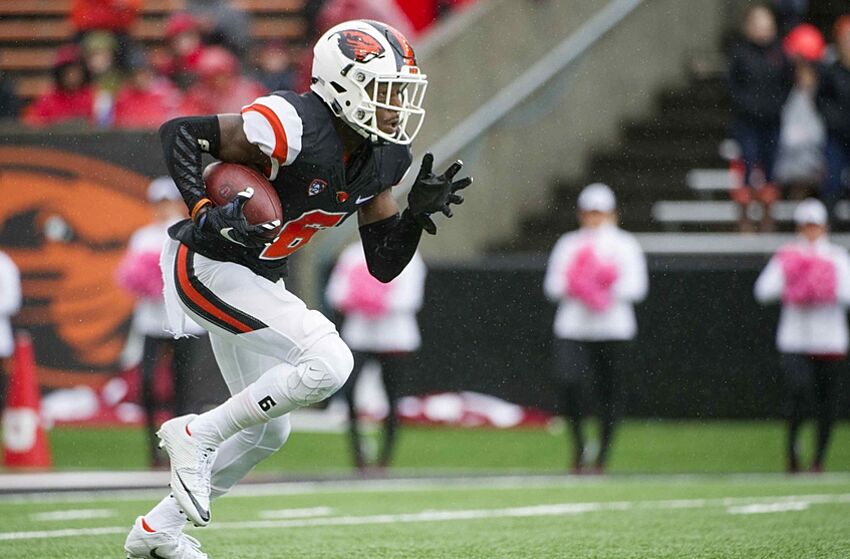 The Oregon Ducks and Oregon State Beavers meet in the 120th Civil War on Saturday.

It has been a year of injuries, learning on the job, and several games with bad coaching decisions. Defensively until last weekend at Utah the team was a disaster and ranked near the bottom of the Nation in points given up.

For the Oregon State Beavers, it has also been a season of learning. Head Coach Gary Andersen has OSU heading in the right direction with two Pac-12 wins. The Beavers would like nothing more than to end the 9-year run of the Ducks winning the Civil War.

Oregon State Quarterback Marcus McMaryion has averaged 180 yards through the air and will cross 1200 yards on Saturday. The Ducks have given the keys on Offense to Freshman Justin Herbert. He has earned Pac-12 Player of the Week Honors twice and thrown for 18 touchdowns and over 1700 yards.

The area the two teams match-up the best is at Wide Receiver. The Oregon Ducks Darren Carrington hauled in the winning touchdown last weekend at Utah and has 4 scores and 530 yards on the season. For Oregon State Victor Bolden had 528 yards through the air. Bolden is the do-it-all player and has rushing, receiving and returning touchdowns this season.

The Beavers Defense is markedly better this season giving up close to 100 yards less on Defense. With Running Back Royce Freeman healthy the Oregon Running Game should make their presence felt in what could be the final game for the Junior Tailback.

While the Oregon Ducks have had issues tackling the new 4-3 Defense, Oregon State has two tackling leaders entering the game. Caleb Saulo averages 8 tackles per game and Manase Hungalu averages 7 tackles per game.

The Oregon Ducks have the Offensive Talent to stretch the field and I expect them to put points on the board. Mark Helfrich may also have his team in line for a possible bowl game with a win in the Civil War, but it is early for that discussion.

The Oregon Ducks and Oregon State kickoff on Saturday at 1pm Pacific Time on Pac-12 Network.